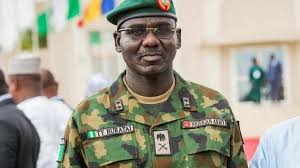 The Nigerian Army has began a manhunt for the fourth batch of wanted Boko Haram terrorists.

A banner showing photographs of the wanted terrorists was unveiled by the Borno State Governor, Babagana Zulum and the Chief of Army Staff, Tukur Buratai, on Wednesday at the Civilian Joint Task Force (CJTF) Super Camp Chabal, close to the capital, Maiduguri.

“We request your full cooperation. The public as well as the Civilian JTF, you will have a copy each, so you’ll follow up,” Buratai said during the ceremony.

“Some of them may be behind your yard or parading themselves somewhere in the market-place and so on. They must be fished out and those in the forest, if you encounter them, make sure you deal with them decisively if they cannot be arrested or captured.

“It is on this note, we will also like the press to give us their full support to ensure that we have gotten the right solution to ending this menace of the Boko Haram terrorist in our state, in our country, as well as for humanity”.