President Muhammadu Buhari on Thursday presented the 2021 budget proposal of N13.08 trillion to the National Assembly for consideration and passage into law. 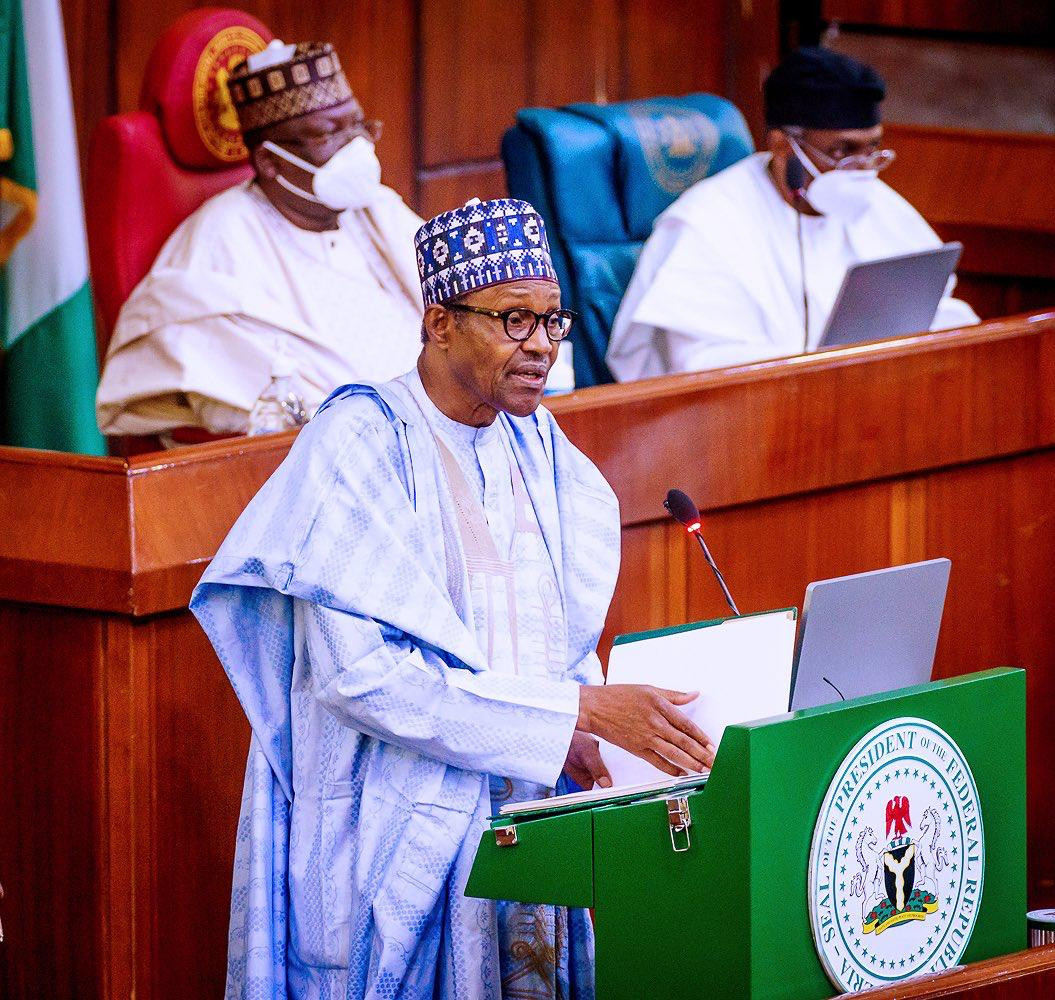 The President, accompanied by Vice-President Yemi Osinbajo, some cabinet members and presidential aides, arrived the premises of NASS in Abuja, around 11.03p.m.

Buhari explained that the total revenue projected for the 2021 budget was N7.86 trillion with a deficit of N5.2 trillion, representing 3.4 per cent of the GDP.

He said the deficit would be financed mainly by new loans, totaling N4.28trillion. 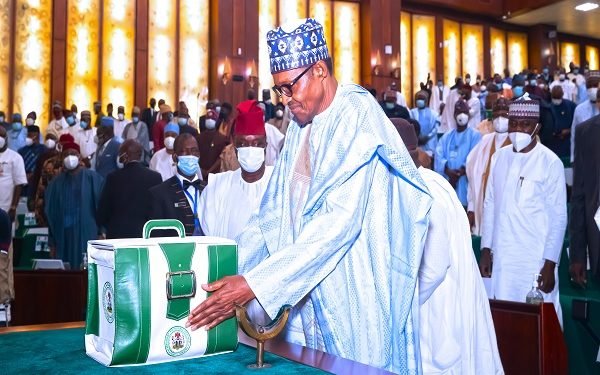 The president told the lawmakers that the main focus of the 2021 budget was to complete as many ongoing projects as possible, while giving priority to the ones that most affected the people.

According to him, the budget tagged as “a budget for Economic Recovery and Resilience”, is based on an estimated Crude oil price benchmark projected at $40bpd, exchange rate at N379 to $1, GDP at three percent and inflation rate at 11.95 per cent.

“Based on the foregoing fiscal assumptions and parameters, total federally distributable revenue is estimated at N8.433 trillion in 2021. Total revenue available to fund the 2021 Federal Budget is estimated at N7.886 trillion.

“This includes Grants and Aid of N354.85 billion as well as the revenues of 60 government-owned Enterprises.

“As you will observe, the format of the 2021 Appropriation Bill has been modified to include budgeted revenues, no matter how small, for each MDA, to focus on internal revenue generation.

“Accordingly, I implore you to pay as much attention to the revenue side as you do to the expenditure side.

He stated that N3.12trillion had been earmarked for debt servicing in 2021 as against N2.1trillion in 2020

The president, who reviewed the performance of the 2020 budget so far, said the budget was amended in response to the challenges posed by the COVID-19 pandemic.

Key capital spending allocations in the 2021 Budget include: