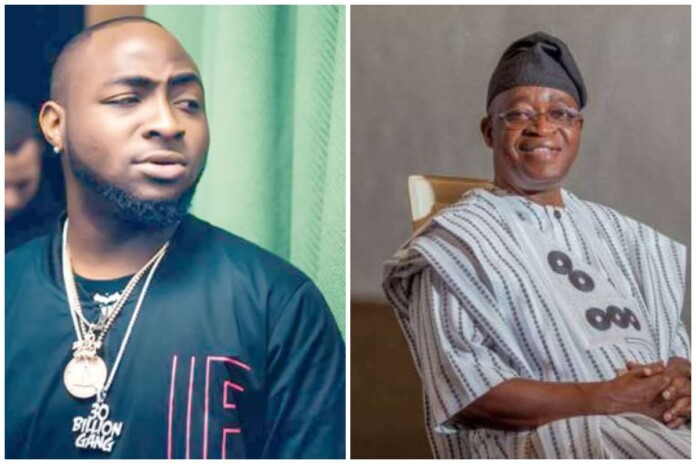 Following the #EndSars peaceful protest that was attacked by hoodlums in Osun State, Sensational singer, Davido has taken to twitter to reacted aggressively and vent his anger to the state governor, Oyetola.

According to Davido, the hoodlums that attacked the #EndSARS protesters in Osun State were sponsored by the government because one of the governors security men was reported to have killed a protester.

In another tweet, the father of 3 mentioned that the governor has failed his people, adding that no amount of intimidation can stop the youths.

Sharing photos of the youths that were killed during the protest, Davido wrote;

“Oyetola you have failed the people of osun under your watch thugs attacked peaceful protesters !! There is no amount of intimidation that can subdue the ideal whose time have ripe. @GboyegaOyetola”