Famous Nigerian singer and music executive, Davido has appreciated his fans after his latest song “FEM” got over 5 million views on YouTube. 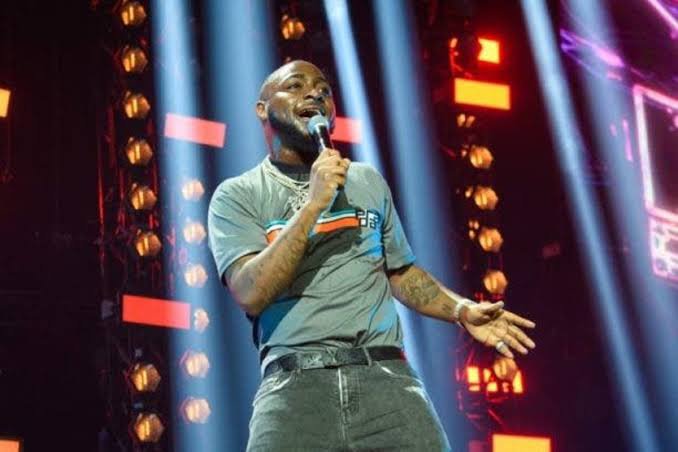 Davido dropped “fem” after staying away from social media for over 3 months and is now excited as the song already has 5 million views within one week of its release.

The singer has also assured his fans that he is working on more music projects dropping soon off his anticipated “A Better Time” album.

He posted the song cover on Instagram yesterday, September 15 l, and wrote…

“5 million + views on fem n in under a week Thanks to everyone that has supported this come back !! More doings on the way”. 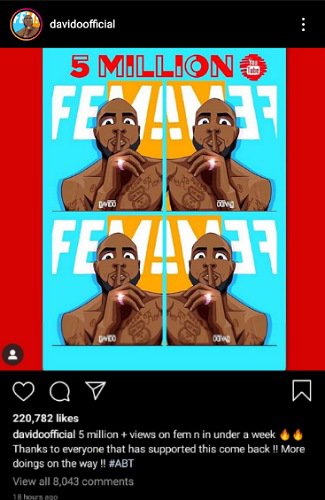 In another news, Davido has congratulated DJ Cuppy and her siblings after their billionaire dad, Femi Otedola bought them a brand new Ferrari car each. Read story HERE.