Nigerians have dragged popular journalist, Dele Momodu to filth for not joining the ongoing #Endsars protest.

They dragged the journalist for not engaging in a very serious campaign against Sars, with the same energy he used in campaigning for some ex BBNaija housemates. 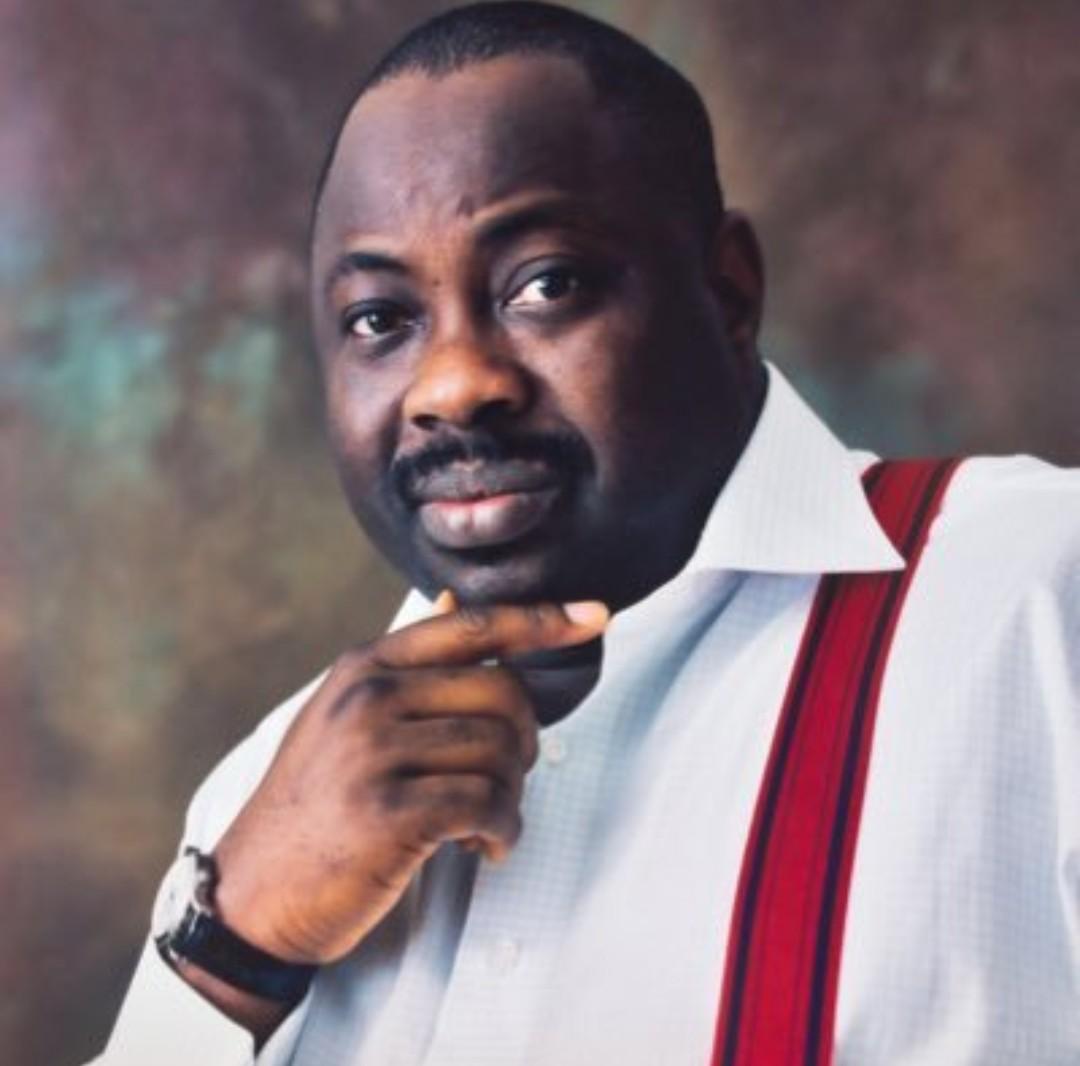 Recall, during the just concluded BBNaija lockdown season, Dele Momodu campaigned heavily for Kiddwaya to emerge winner of the show, and after the show, he also heaped praises on Erica during an interview with her.

However, the Endsars protest is currently ongoing, and fans are wondering why he has refused to use that same energy to protest. 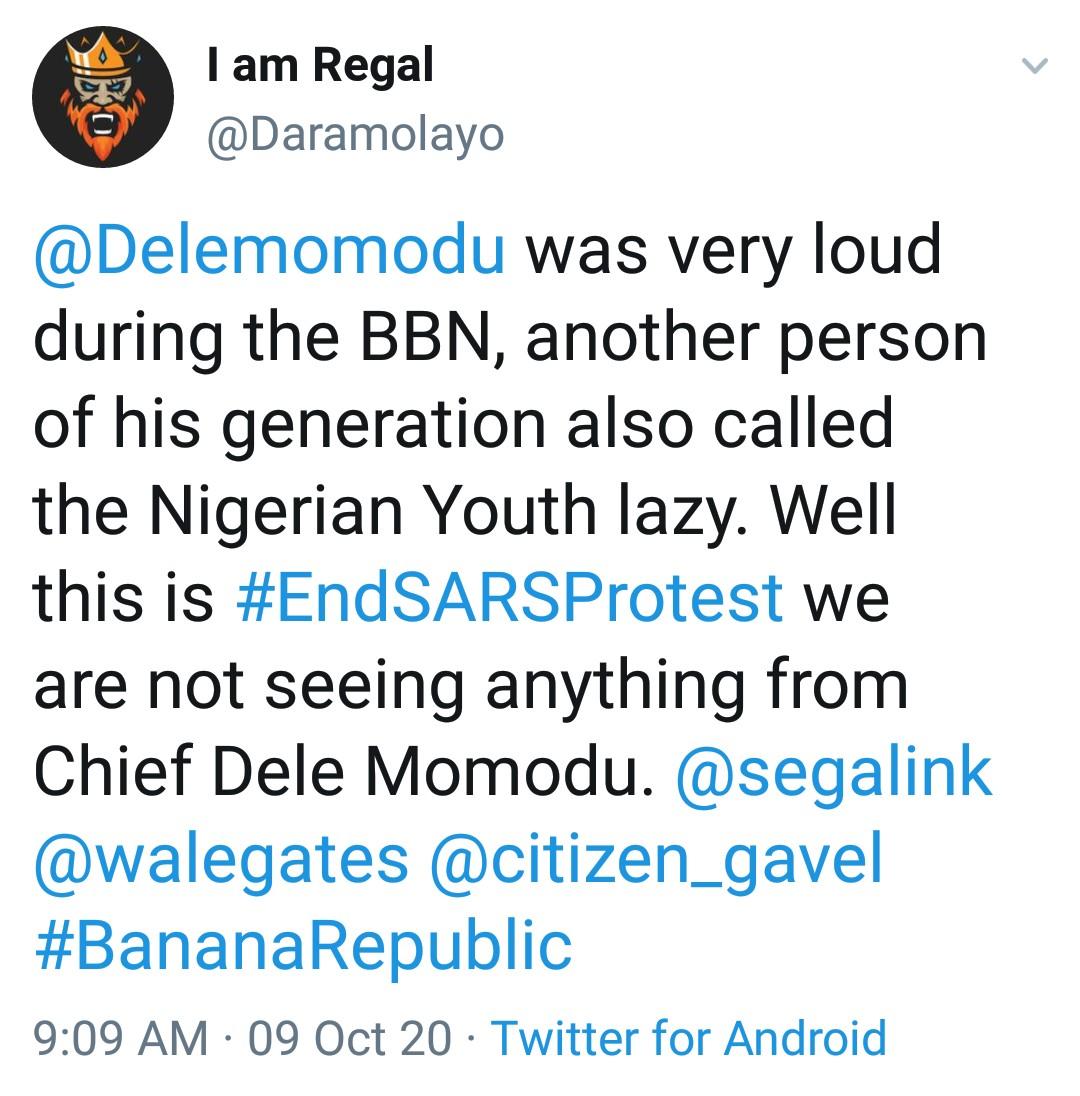 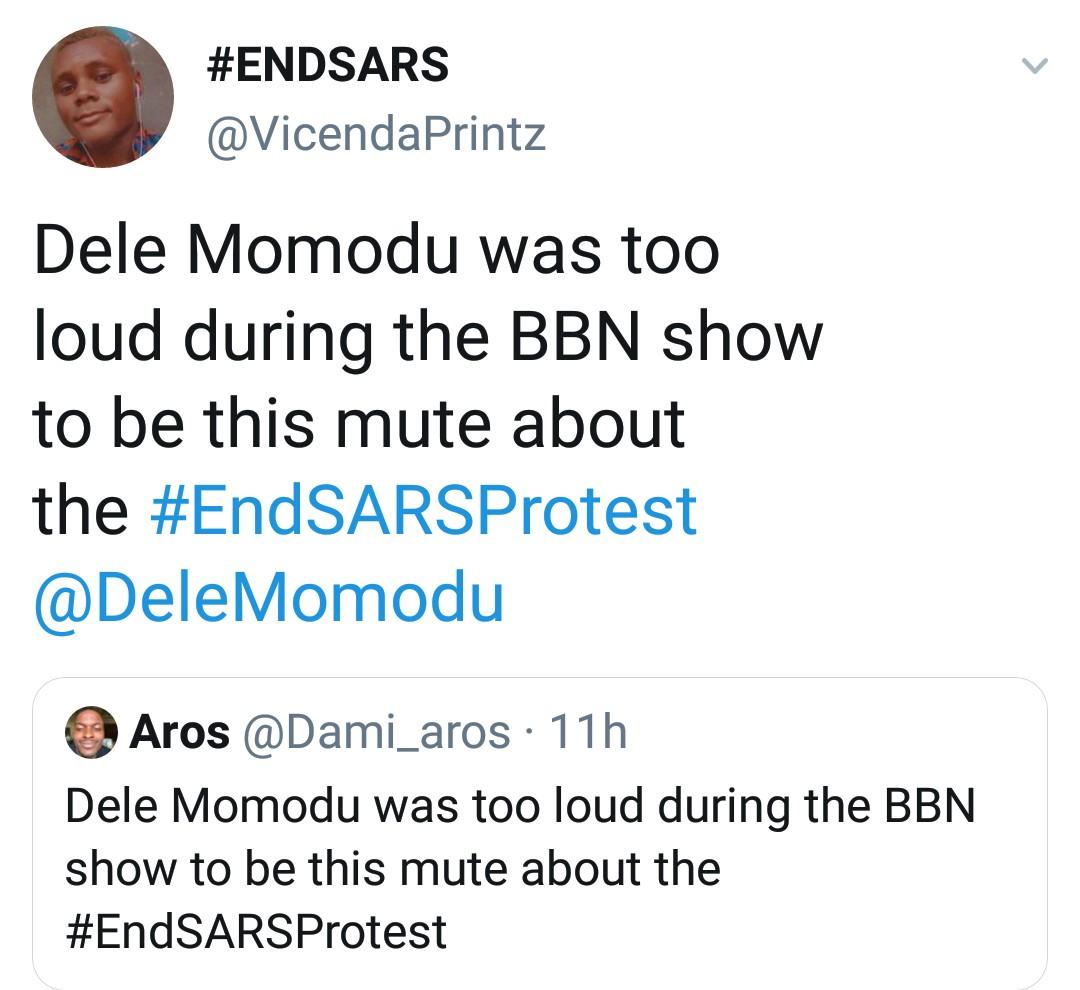 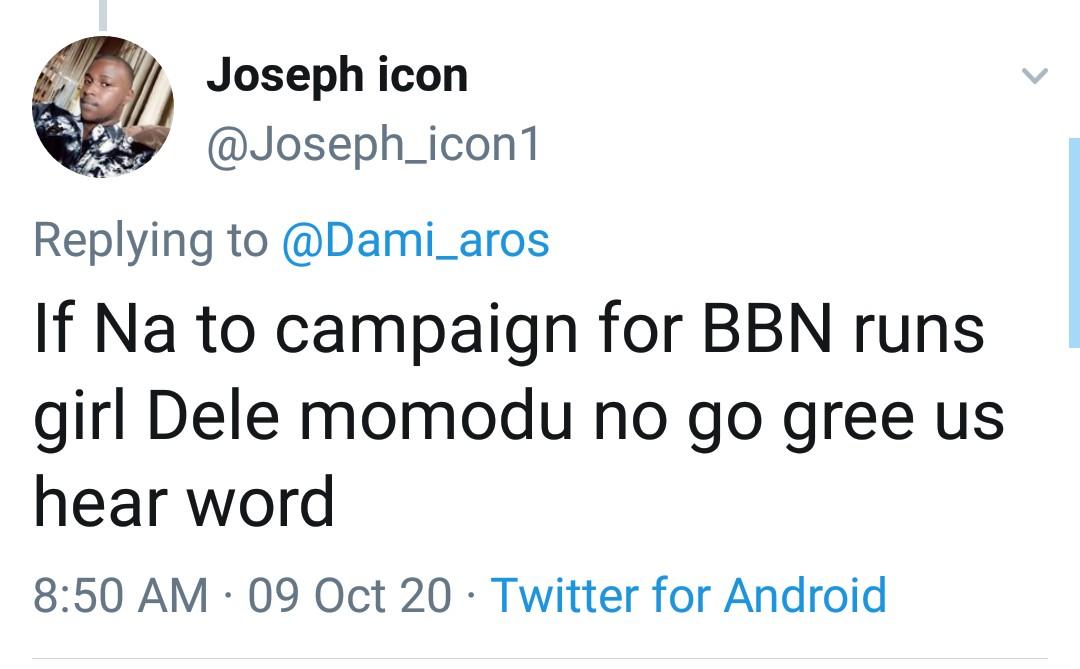