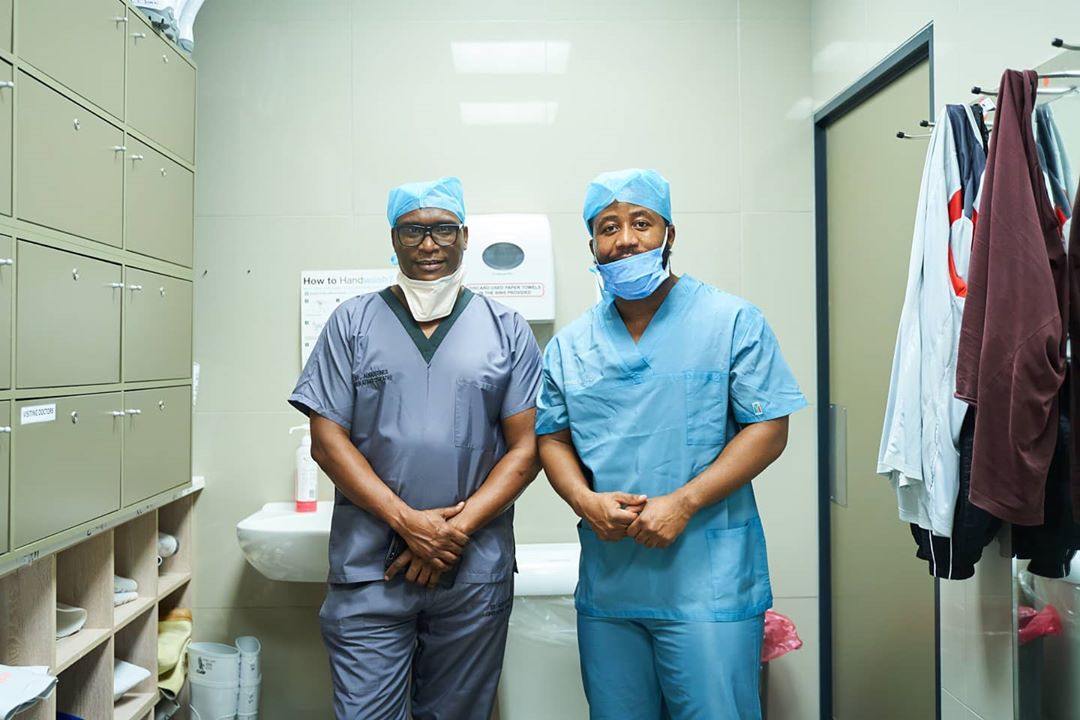 Cassper Nyovest and his fiancee Thobeka Majozi have welcomed their first child together. He had announced in June that he and Thobeka were expecting their bundle of joy when he shared a photo of an ultrasound on an album cover.

Sharing the inspiration behind the just-released album, Cassper wrote:

I’m going to be a father any minute now so I decided to name my album AMN (Any Minute Now). The album cover is an actual scan of my son in his beautiful mother’s womb. I am excited about this album, but I’m more excited about being a dad to a beautiful baby boy.

The South African rapper made the joyous announcement on Instagram, with a photo of himself dressed in medical scrubs, preparing for the baby’s arrival. The photo came with the caption “Let’s f*cking go”.

He then revealed on Twitter that their little one had arrived and the couple had named him Khotso.

This album means sooo much more and it makes sooo much sense now that my son, Khotso is here. #AnyMinuteNow

This album means sooo much more and it makes sooo much sense now that my son, Khotso is here. #AnyMinuteNow