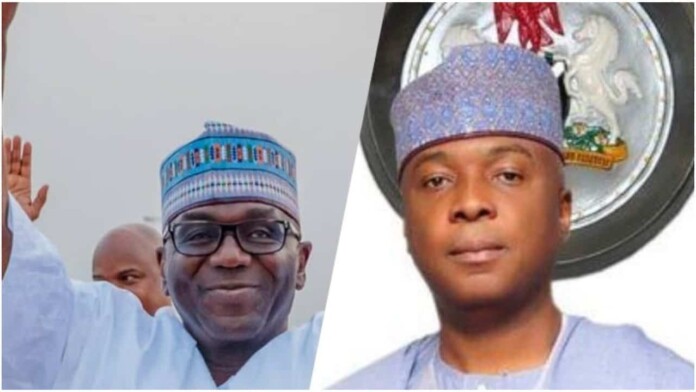 Isiaka Kareem, a witness of the Economic and Financial Crimes Commission (EFCC) and a former controller of finance and account (CFA) at the Kwara state government house, has denied making payments to the bank accounts of Bukola Saraki, former president of the senate.

Kareem told the Lagos federal high court on Wednesday that the N100 million received by Abdul Adama, an aide to Saraki, was provided for in Kwara’s budget as “security and contingency”.

The former CFA had earlier told the court that the former governor received about N100 million monthly.

The EFCC is seeking a permanent forfeiture of two houses in Lagos belonging to the former senate president — the property is located at 17A, McDonald Road, Ikoyi.

In June, the court declined an application seeking the final forfeiture of the property and asked the anti-graft agency to bring more evidence to back its claim that the houses were purchased through proceeds of corruption.

While appearing before Mohammed Liman, the judge, on Wednesday, the former CFA said he does not have any personal relationship with Saraki or know anything about the property and how they were acquired.

“Every month, when monthly allocations were disbursed, Adama would come to collect funds designated as security and contingency,” the witness said.

“In my office, we designated a form for everyone that came to collect funds and Adama signed the form every month for the funds he collected from my office.

“The allocation to government house was not static; it was less than N100 million when we started and it kept increasing over time. That was why I said it was not N100 million every month.”

The matter was adjourned till November 25.