Nollywood actress, Lilian Afegbai has replied people who accused her of sleeping around to buy a Birkin bag worth $22k (N8M). 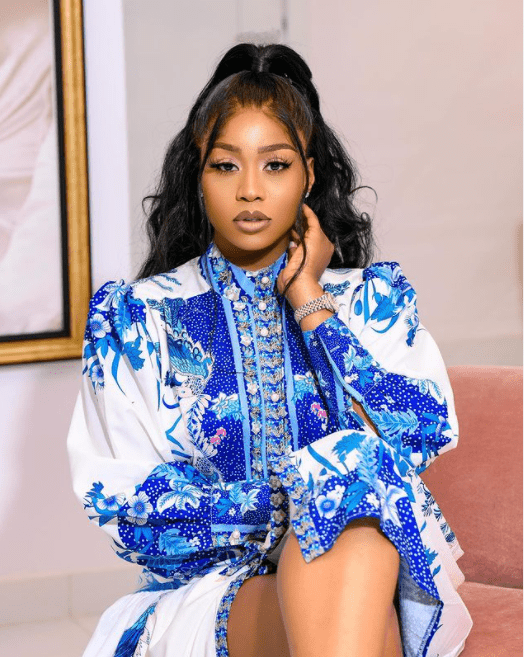 Recall we earlier reported that the actress took to Instagram and showed off the Birkin bag she bought for her birthday which didn’t arrive on time.

However, her show off did not seem to go down well with some people as they took to her comment section and alleged she bought the bag by sleeping around with men. 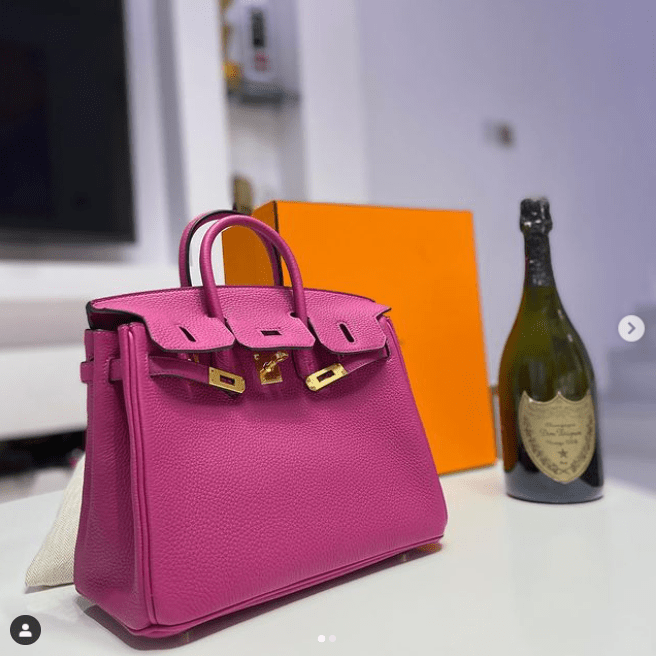 One follower accused her of sleeping around to make the money and Lilian responded, stating that there are other legit ways of making money besides sleeping around.

Another told her that showing off the bag will put women under pressure and Lilian replied saying no one needs to be pressured as everyone needs to move at their pace.

Below are comments and her reaction to them; 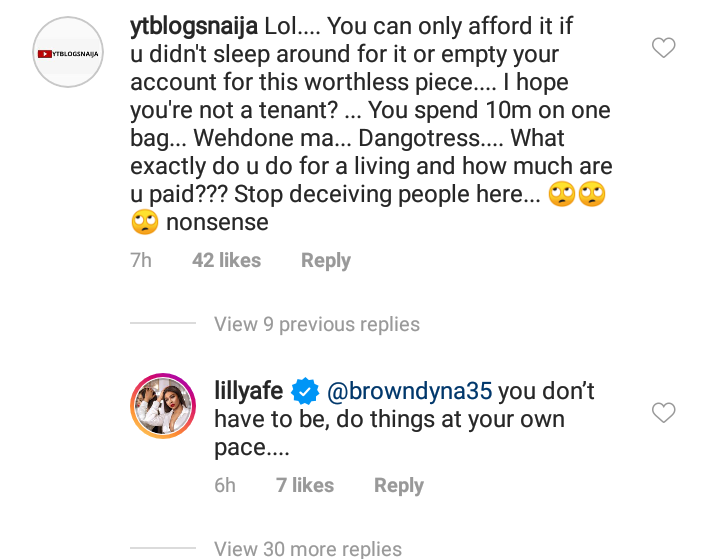