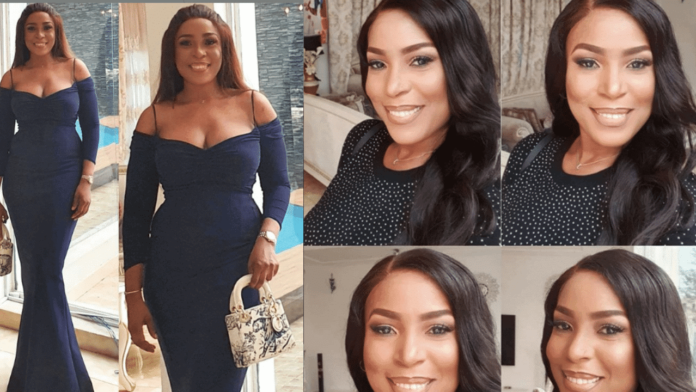 The single mother of one and billionaire media mogul shared a video of herself dancing in her car to Yemi ALade’s “True Love”.

Kemi Filani News recalls that in late 2017, before she had her son, Jayce Jeremi, while supposedly dating her baby daddy, Sholaye Jeremi, Linda Ikeji usually shared videos of herself singing and rocking to songs while on traffic on her way to see her man, a secret she would later reveal after birthing her son and parting ways with her baby daddy.

Sooooo all this time Linda Ikeji was dancing in Lagos traffic earlier this year, it was to go and ‘fell pregnant’? 🧐

However, things fell apart and the center could no longer hold as Linda in a tell-all blog opened up on how they met and whey she dumped him.

However, Linda Ikeji shared a happy video of herself rocking Yemi Alade’s true love three days ago in traffic.

Is Linda trying to pass a message? Is she on her way to see her new man? Time will tell.