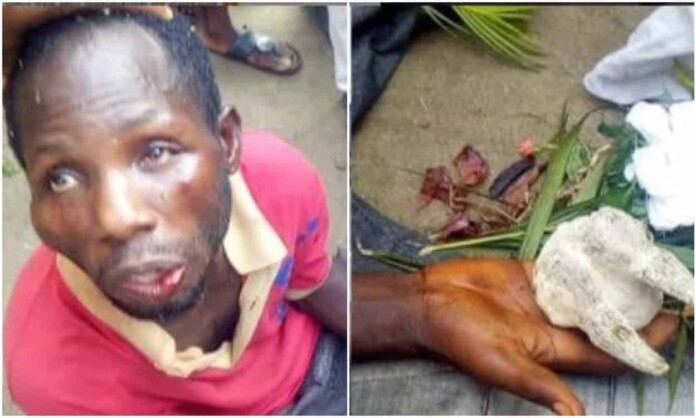 A man who is yet to be identified at the filing of this report was reportedly caught fetish items making incantations and invocations at a cemetery in Rivers State.

According to an Adolf Ramsom Pepple who shared photos and video on social media revealed that the man who seemingly from Akwa Ibom was caught at Bonny Cemetery in Bonny Local Government Area of the State on Tuesday, November 10.

Upon interrogation, the man who is suspected to be a necromancer claimed that he has a brother who is a pastor with Deeper Life Church in Bonny.