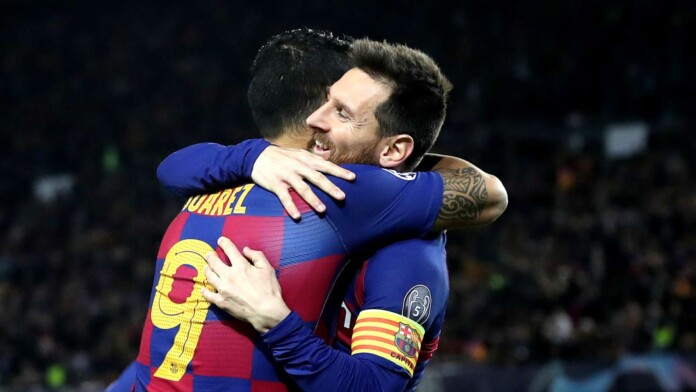 Lionel Messi’s father and agent, Jorge, has denied that the Barcelona captain is considering a move to Paris Saint-Germain next summer.

The Argentine’s future remained ucnertain, ever since he expressed his desire to leave in a now-infamous burofax sent to Barca in August.

Player and club were ultimately reconciled, with Messi revealing that the only way he could have left in the summer of 2020 was if a team had met his €700million release clause.

Manchester City, coached by his former Barca mentor Pep Guardiola, have consistently been named as the most likely destination for a transfer, while ESPN suggested that PSG were also an option.

According to the channel, contact had already been made between the French champions and Messi Sr. in order to broker a deal, with negotiations possible as early as January.

But the agent gave that report short shrift, borrowing one of United States president Donald Trump’s most infamous phrases in order to dismiss the story.

“Stop inventing! Fake news,” Jorge fired on Instagram, posting his message over a screenshot of the offending transfer rumour.