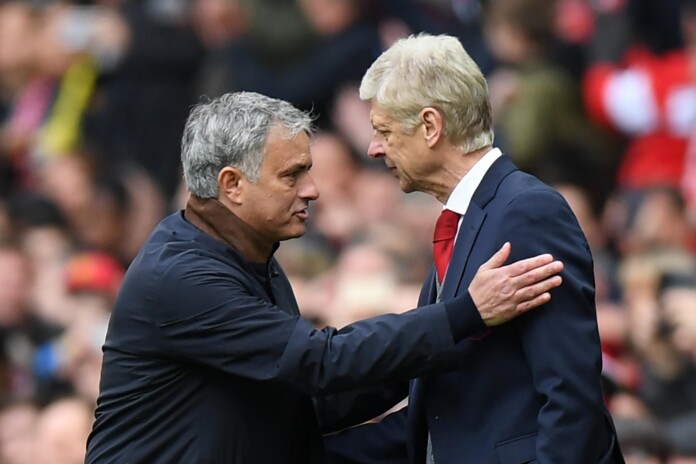 Tottenham Hotspur manager, Jose Mourinho, has claimed he was not included in Arsene Wenger’s new book, because of the Frenchman’s poor record against him.

Wenger’s autobiography looks back over his 22 years in charge of Arsenal between 1996-2018.

However, Mourinho’s name does not appear even once, even though both managers endured a tense relationship during his two spells at Chelsea.

Mourinho won 10 of their 19 matches against Wenger and lost just two.

When asked why he does not feature in the book, Mourinho replied: “Because he never beat me. You are not going to do a chapter about 14 matches that you never win so why should he speak about me in a book. A book is to make you proud!”

Wenger, unsurprisingly, had a slightly different take on his reasons for the omission, saying earlier this week: “I didn’t want to make a book that sorts out some differences. I wanted it to be a positive book.

“I had more acrimonious battles with Sir Alex (Ferguson) than Jose Mourinho.”