Regina Daniels has revealed two of her favorite humans in the world. 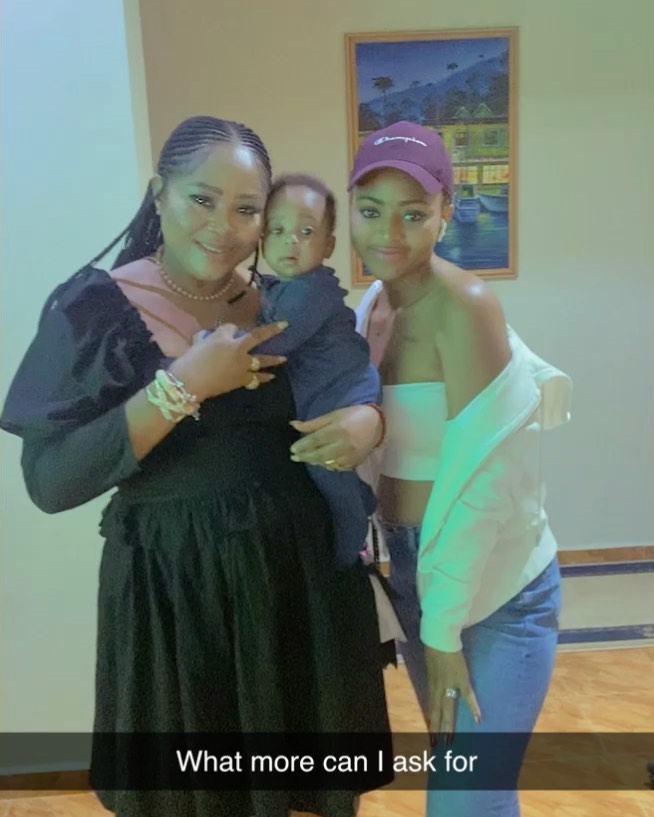 She made the disclosure while gushing over her son and her mother in new photos.

Sharing the photos, she wrote ;

I just couldn’t stop myself from posting 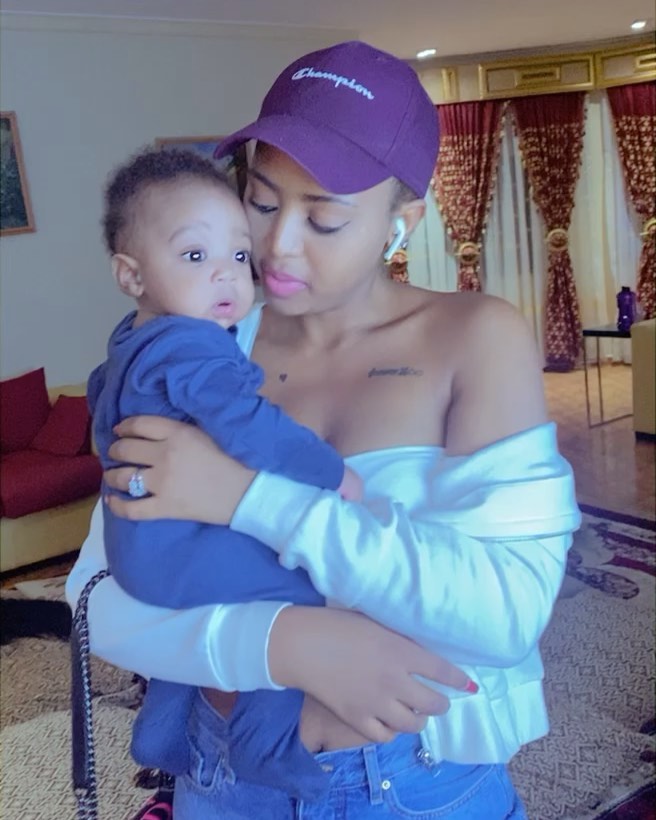 A family relative used the opportunity to tell Regina she doesn’t look like a mom.

The relative who was behind the camera told her this while the actress gushed over her son and mom, a compliment she found hilarious and had to look at herself gain.