Davido will release his third album, ‘A Better Time’, as a follow-up to his highly acclaimed ‘A Good Time’ album on Friday, November 13, 2020. In typical OBO manner, he is already proving that he will show up, and show out. The number of features on the album proves it will be anything but mediocre. 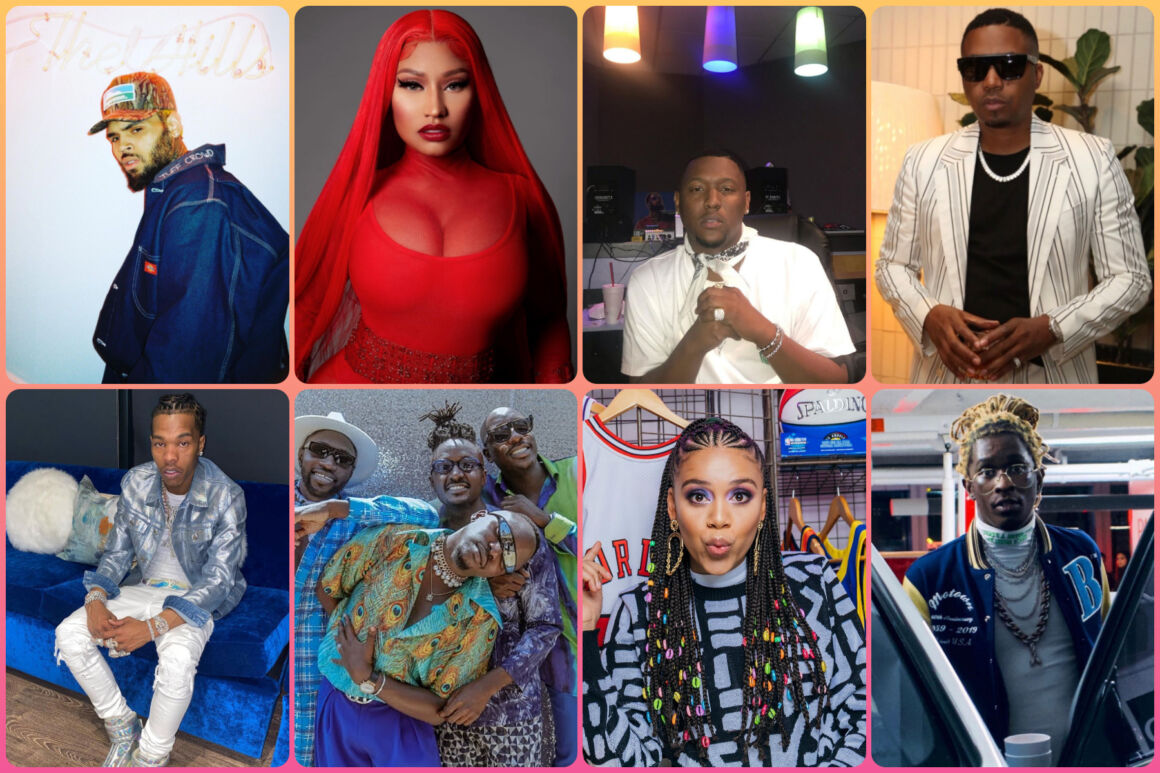 The 27-year-old features 14 artistes across 11 songs on the 17-track album. Nine out of the 14 featured artistes are from Ghana, South Africa, Kenya, and the United States. The other featured artistes are Nigerians. We shine the light on the nine international musicians helping Davido stamp his name on the world music map.

1. Nicki Minaj: Nicki Minaj is one of the most successful female rappers of all time and has received numerous awards and nominations to prove this. After breaking several records, she is now making a move to one of the world’s biggest music markets, Africa.

She has found a way into the Nigerian music scene and is proving that she is a true friend of the industry with this new feature. This is the rapper’s second collaboration with a Nigerian artiste this year, following her feature on Mr Eazi’s ‘Oh My Gawd’.

Davido talks about how he got Nicki Minaj to collaborate with him on the song, ‘Holy Ground’ via Instagram DMs. He told Complex News’ Pierce Simpson how he decided to DM Nikki about the song and was just glad she responded and jumped on it. He says, ‘I was like, let me DM Nikki, maybe she’ll get on it. Let me try my luck. I knew she followed me, so I DM’d her. She hit me right back, and said “send it”, just like that.’

2. Chris Brown: Chris Brown has been releasing hit songs since he was 15 years old. Throughout his career, he has received 17 Grammy nominations and numerous others, but he has stayed focused on the music. He is always working to stretch his abilities and reach and has chosen to do that with pop music from Africa – first with Wizkid and now with Davido.

Chris Brown has developed a bromance with Davido that is proving to bear hit songs. He featured on one of the artiste’s biggest songs yet, ‘Blow My Mind’ and will feature on this new album. If the song is anything like the last one, then we may have just found yet another magical duo, and maybe even Davido’s ticket to a Grammy nod.

3. Young Thug: This will be Young Thug’s first collaboration with a Nigerian act and a vital one to his career. The Grammy-award winning rapper has been on the up-and-up since 2011 after he released his mixtape series, ‘I Came From Nothing’. But he only attained mainstream success after his 2014 singles, ‘Stoner’ and ‘Danny Glover’. He has released one studio album, 19 mixtapes and three EPs throughout his career, receiving several awards for his hard work.

He has worked with Future, J-Cole, Usher, T.I, Rick Ross, Kanye West, and more. He now joins Davido and Chris Brown on ‘Shopping Spree’ that promises to be one hell of a bop.

4. Mugeez: If you don’t know Mugeez, you at least know R2Bees, the incredibly talented duo from Ghana. He is one half of the duo. Mugeez and his cousin Faisal Hakeem are one of Ghana’s most notable talents, with several hit songs and collaborations with different Nigerian acts.

The award-winning artiste previously worked with stars like Wizkid, Yemi Alade, Wande Coal, Stonebwoy, Sarkodie, etc. He will bring his interesting mix of hiplife and reggae to Davido’s album on the song, ‘Mebe’.

5. Lil Baby: Dominique Armani Jones, aka Lil Baby, has been making moves in the American music space since he attained mainstream success in 2017 with his mixtape, ‘Perfect Timing’. He is one of the most prominent trap music acts, with several major nominations, including nods from the Grammys, MTV VMAs, and BET Awards. He is teaming up with a Nigerian act for the first time with his collaboration on ‘A Better Time’.

Davido already released the visuals for the song, ‘So Crazy’ with Lil Baby. While they’ve received a ton of criticism for it, the song is still a certified vibe. Davido has mastered the art of getting people to fall in love with his songs, whether or not they initially liked it, and that’s definitely what will happen with this song too.

6. Nas: Nas is hip-hop royalty. He is regarded as one of the greatest rappers of all time. Since he began his music career in 1991, he has released 12 albums and received numerous nominations and awards. Davido is also an accomplished international act, so this coming together of two royals in their own right will only birth magic. We can’t wait to hear what beauty they’ll create on ‘Birthday Cake’.

7. Hitboy: When a video of Davido working with Nas and Hitboy in a studio first landed on social media, it drove his fans into a frenzy, and rightfully so. Not only was their favourite artiste working with hip-hop royalty, but he also had two-time Grammy award-winning rapper and producer, Hitboy on his side.

Chauncey Alexander Hollis, popularly known as ‘Hitboy’ has been creating hit songs for the past twelve years. He has worked with some of the biggest names in music around the world such as Kanye West, Jay-Z, Lil Wayne, Eminem, 50 Cent, Mary J. Blige, Chris Brown, Snoop Dogg, Justin Bieber, Drake, Kendrick Lamar, Beyoncé, and several others. And now, he is about to add Davido to the list of superstars he’s worked with.

8. Sho Madjozi: Sho Madjozi is one of the hottest stars out of South Africa right now. She came into the limelight as an actress on a telenovela, ‘Isithembiso’ in April 2017. She then released her debut single, ‘Dumi HiPhone’ later that month. Since she first broke out into mainstream media, she has released one studio album, ‘Limpopo Champions League’, and gone toe to toe with some of the biggest stars across Africa for a chance to win a BET Award. She joins the self-acclaimed ‘Mayor of Lagos’, Mayorkun and Davido on his track, ‘I Got A Friend’ for his third album, ‘A Better Time’.

9. Sauti Sol: They are one of the biggest afro-pop bands in Africa. The Kenyan group is made up of Polycarp Otieno, Savara Mudigi, Willis Chimano and Bien-Aimé Baraza. They’ve been creating beautiful music together since 2005 and released their debut album, ‘Mwanzo’ in 2008. Since then, they’ve put out four other studio albums and an Extended Playlist (EP). The group has received over 120 nominations and over 40 wins, including a BET nod, and two MTV award wins.

Sauti Sol has cultivated a special relationship with Nigerian music, creating songs Nigerians will enjoy, as well as touring the country. They have collaborated with artistes such as Yemi Alade, 2Baba, Maleek Berry, Patoranking, Burna Boy, and Tiwa Savage. Davido now joins the exclusive list of Nigerian talents the group has collaborated with as they feature on ‘On My Way’, a track off his new album.