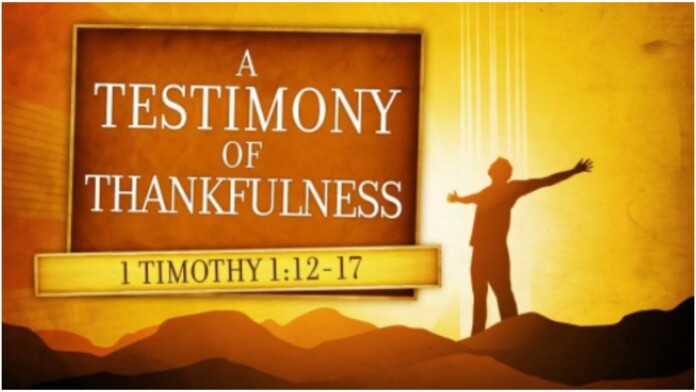 This year has been a year of many pleasant surprises for my son and for us, but me in particular. I am saying this because the Lord showed forth in a way that dazzled me, considering what it seemed this young man passed through.

And we all  still earnestly wait more of what God can do by His mercy and His moves in the life of a man as HE has promised in His Word. My son just decided to give his bus that he was using for his business to the use of God’s kingdom His church needed a bus to be transporting members to the church Camp activities. They were always hiring vehicles for the monthly program. When he told us what he had done, I first received it with mixed feelings.

It was like my faith was not that hype that time, two years ago. Anyway, I took it to be his Isaac offering to God. This is because the first vehicle he had before the purchase of the bus was  no longer working optimally for his business. Then he got the bus, making a bus and a car with him. I don’t think he had used it for more than two years or even less before he released it out. He then started hiring  buses to do his own business.

Then his trying period came. God, did You not promise to always bless the work of our hands when we do Your own first ?Help  him, Lord , to wade through it all. This was my cry up to early this year. If you know what I meant Between June last year and March this year, the car became a thorn in his flesh. It was now giving him serious trouble. He would just have one  or two things to replace in the car every now and then.

God, I now see planting season in a man’s life. His struggling was giving me much concerning. I was telling God that his giving to God could not have been a mistake, right? Like a farmer patiently waits for the harvest so he, and with me  at the corner of our home, kept on trusting the Lord God of Israel And the Lord moved !

The Lord’s move was and is extra ordinary. Like my Pastor usually says, That God is Mega do….The Lord came down with a mighty rains of blessings. Within a week ,my son had the gifts of two bigger cars from two different sources.

The amazing part of the gift is this. The  first giver asked if he had a car because he knew how he, my son, was battling with the one he was using. When he told the source he had no functional vehicle,,  that one gave him  a car. He was about getting documents for it when the other source just told my son to come to the source’s place. He thought it was for a meeting or just for casual discussion , only to be handed a jeep key. Do you see the hand of God in this? God is a great Arranger of life and things. HE ordered creation and still does it today. You know what I mean ?Think of this.

If the last source had been the first to give him the car, there would not have been another car gift .This is because the first source would have  seen that he had a good car already and might no longer show interest in giving him that But God , Who knows all things and has always be giving double for His people’s delays or troubles, knew what to do.God arranged the gifts to come the way they did.

I’m still in the clouds of God’s wonders. Not just for my son, but seeing what God could do for a man. Like Thomas told Jesus after seeing the Lord, I believe , I say, Lord my God , I believe You and Your Word more than ever. Praise the Lord for HE is good