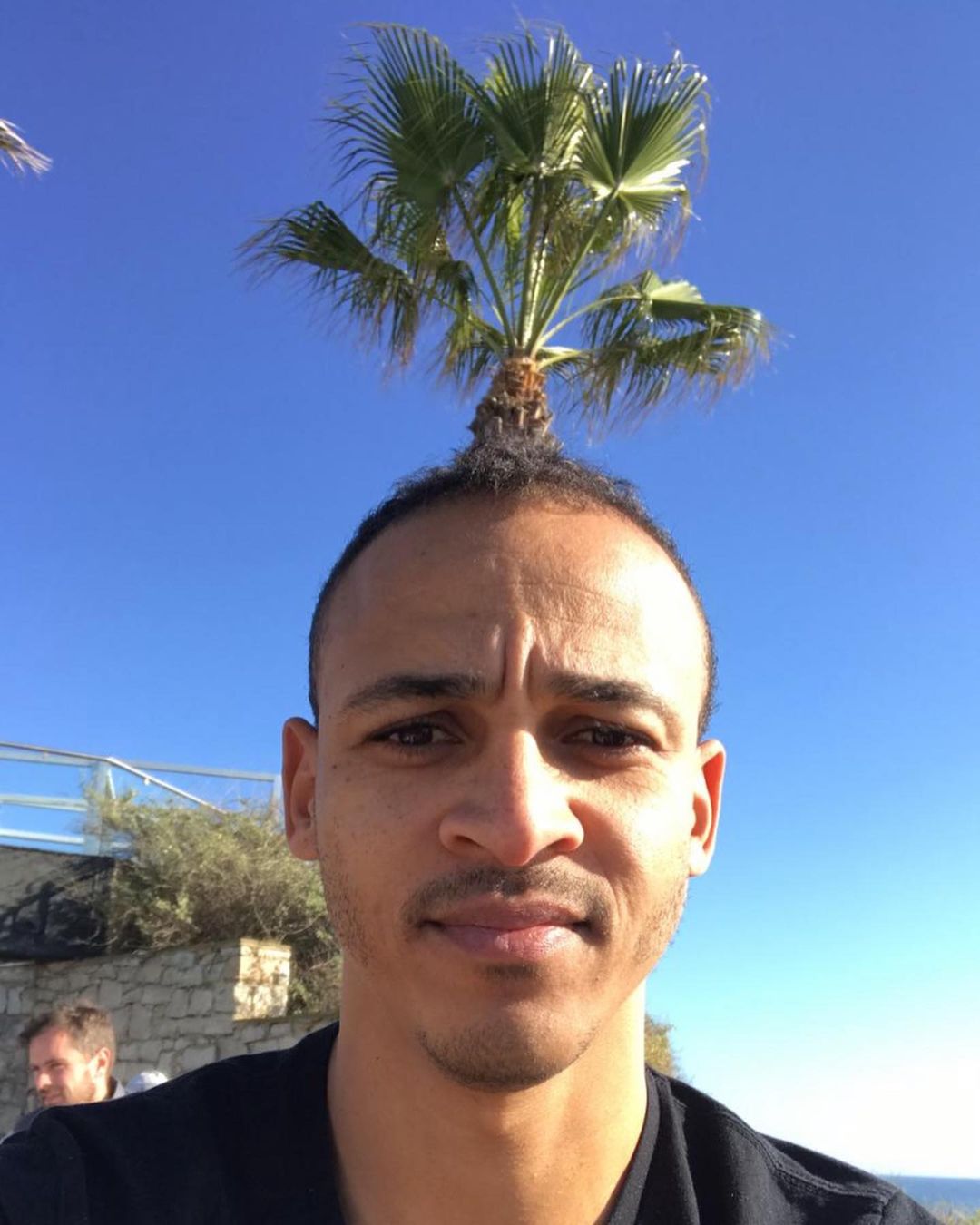 According to the popular athlete, Peter Okoye is robbing people in broad daylight with his ”Zoom” business. 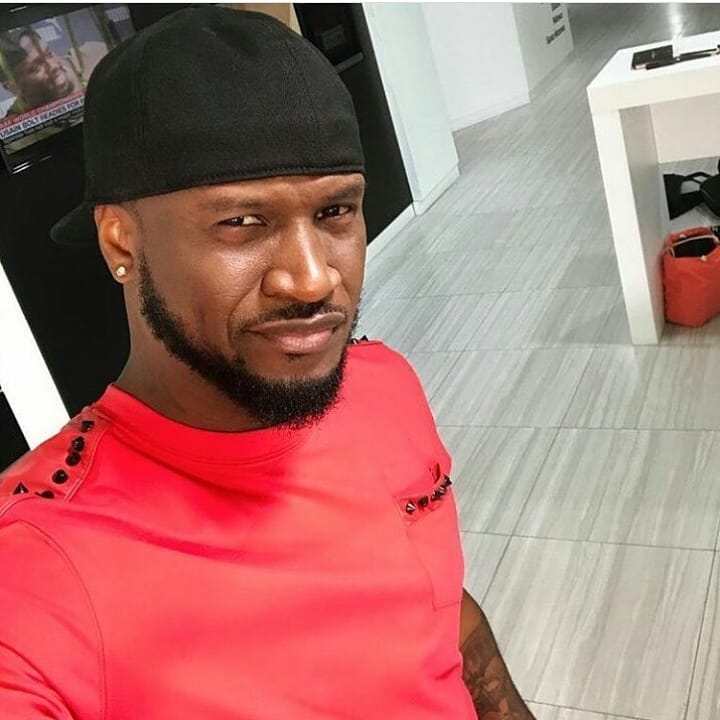 The footballer was reacting to a video shared by Peter on his official Instagram page.

In the video shared by Peter, some young men were seen engaging in new but weird dance challenge in which the men held empty bottles while they took turns to break them on their own heads.

Peter Okoye shared the video with the caption ;

Who is doing this new dance challenge this Christmas December period? 😂🤣😂😂 You’re on your own

“What happened to you @PeterPsquare? you are robbing people in broad day light with that your nonsense business and now you want to take Christmas from them? You no dey fear God at all?” 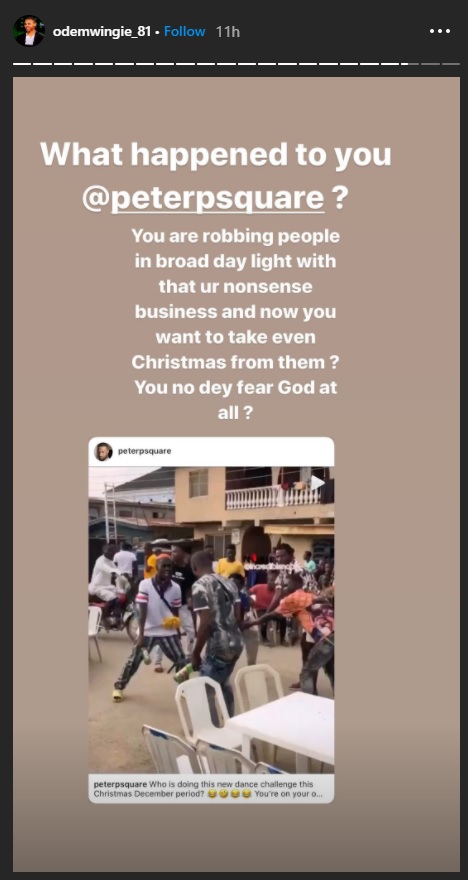