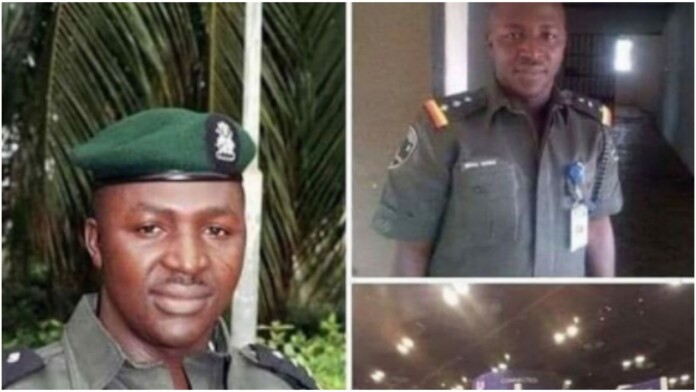 Meet Rabiu Garba, the Divisional Police Officer (DPO) at Fegge Onitsha who built a borehole for the neighbourhood without any fund raising.

He organizes soccer tournaments for the youths of Fegge at their stadium where he also goes to play table tennis weekly.

He has attended almost every church and every event in the area as he is invited because he is accepted as one of them.

When the rampaging youths came to burn his Police Division yesterday, he neither fought nor fled.

While his men were panicked, he walked out to meet the mob with the courage of a man who had nothing to fear.

They recognized him and the angry chants were silenced! Most of the youths could vouch for him as a professional cop and a role model for many young men in the community.

They even granted him audience to address and counsel them before the mob dispersed.