In 2016, Feyikemi Abudu rose into the spotlight on Nigerian Twitter as a sharp-witted, wine-loving, feminist. Today, as the #EndSARS agitations in Nigeria reach a peak, FK Abudu, as she is more popularly known on social media, is synonymous with the very spirit of the protest. 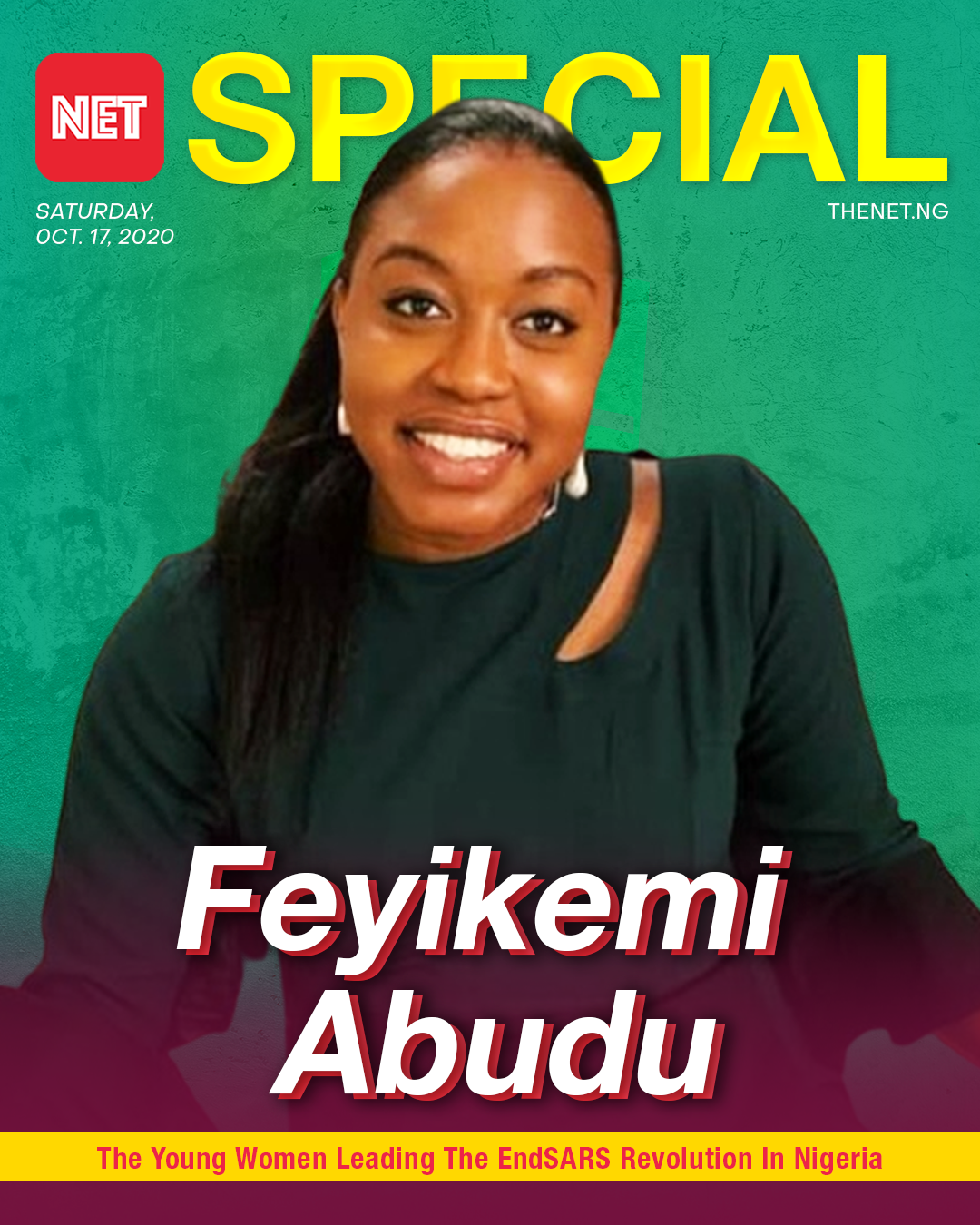 Feyikemi is one-half of the most popular podcasts in Nigeria, ‘I Said What I Said’, which she hosts with her friend Jola Ayeye. She schooled in the University College of London, between 2011 to 2015, where she studied Chemical Engineering. In 2015, she attended the Stanford University Graduate School of Business, where she obtained a certificate in Entrepreneurial Studies.

In 2016, she spent four months with the She Leads Africa team, a community-centered business that provides the means for African entrepreneurs to access tools and products to achieve their business potentials as VP Business Development and Programmes.

These days, after spending a couple of months in a few other companies in the position of Business Development Consultant, she shuffles her time between producing ISWIS podcasts and running Caya house, her consultancy firm.

Feyikemi is also passionate about women’s rights and deconstructing the barriers that have been entrenched to limit the social and economic powers of women.

As the rumblings of the #EndSARS protest got louder, the needs arose for a few people to organize and facilitate the smooth running of the protests. Protesters wanted to send money to cater for those out on the streets. These funds have been used to sort out hospital bills of injured protesters, as well as securing the means of bailing out detailed protesters. Refreshment and feeding of the protesters were also sorted with these funds.

Feyikemi, in collaboration with feminist_co, a coalition group of feminists and several individuals on social media has orchestrated the release of several arrested protesters from detention, disbursing funds for the treatment of injured protesters, mobilizing, engaging, and encouraging protesters.

While the protest structure is largely leaderless, there are foot soldiers dispatched to ensure the smooth flow of things, and Feyikemi is one of them. Though FK is a proponent of the ‘live your best life’ mantra encouraging a life of enjoyment and luxury, especially for women who are traditionally expected to persevere in hard times, she has shown that she can also roll up her sleeves and get to work when the need arises.

She is daughter to lawyer, educator, interior decorator, and all-around businesswoman, Ekua Abudu, who is the proprietress of Greenwood House School, Ikoyi, one of the foremost preparatory schools in Lagos, which she established with her aunt, Mrs. Iyabo Margaret Durand. Ekua is the first child of lawyer and businessman Taiwo Sagoe, and Modupe Sagoe, a successful textile material entrepreneur in Lagos.

Modupe Sagoe, Feyikemi’s grandmother, is a very popular textile merchant in Lagos. Sisi Modupe as she is fondly called, is blessed with three children, Ekua Abudu (nee Sagoe), Koffi Sagoe, who was married to Deola Sagoe, and Araba Morakinyo (nee Sagoe), the cake genius.  Sisi Modupe was the face of the HOH Swiss headgear, Gele Sagoe.

Ekua Abudu was married to Wale Abudu, the two eventually split. And in a quiet ceremony, in 2018, she tied the knot to Finance and Accounting guru as well as famed art collector, Femi Akinsanya.

FK’s father, Wale Abudu, a lawyer, is the son of legal luminary and astute businessman from Abeokuta, Chief Ayinla Olatunde Abudu, who is the The Mayegun of Egbaland, and brother to Tokunbo Abudu, Lawyer and businessman, who was married at one time, to Mo’ Abudu.