Fists held high, eyes blazing, you can tell that women like Aisha Yesufu will not be silenced, no matter how hard the world tries. In 2015, 276 secondary school girls were abducted by the Boko Haram extremist group, in Chibok, Borno State Nigeria. Before this, the Boko Haram group had been operating largely to terrorize citizens of the North-Eastern region of Nigeria. The government had been fighting a losing battle to reign this group in, and then the girls were abducted. 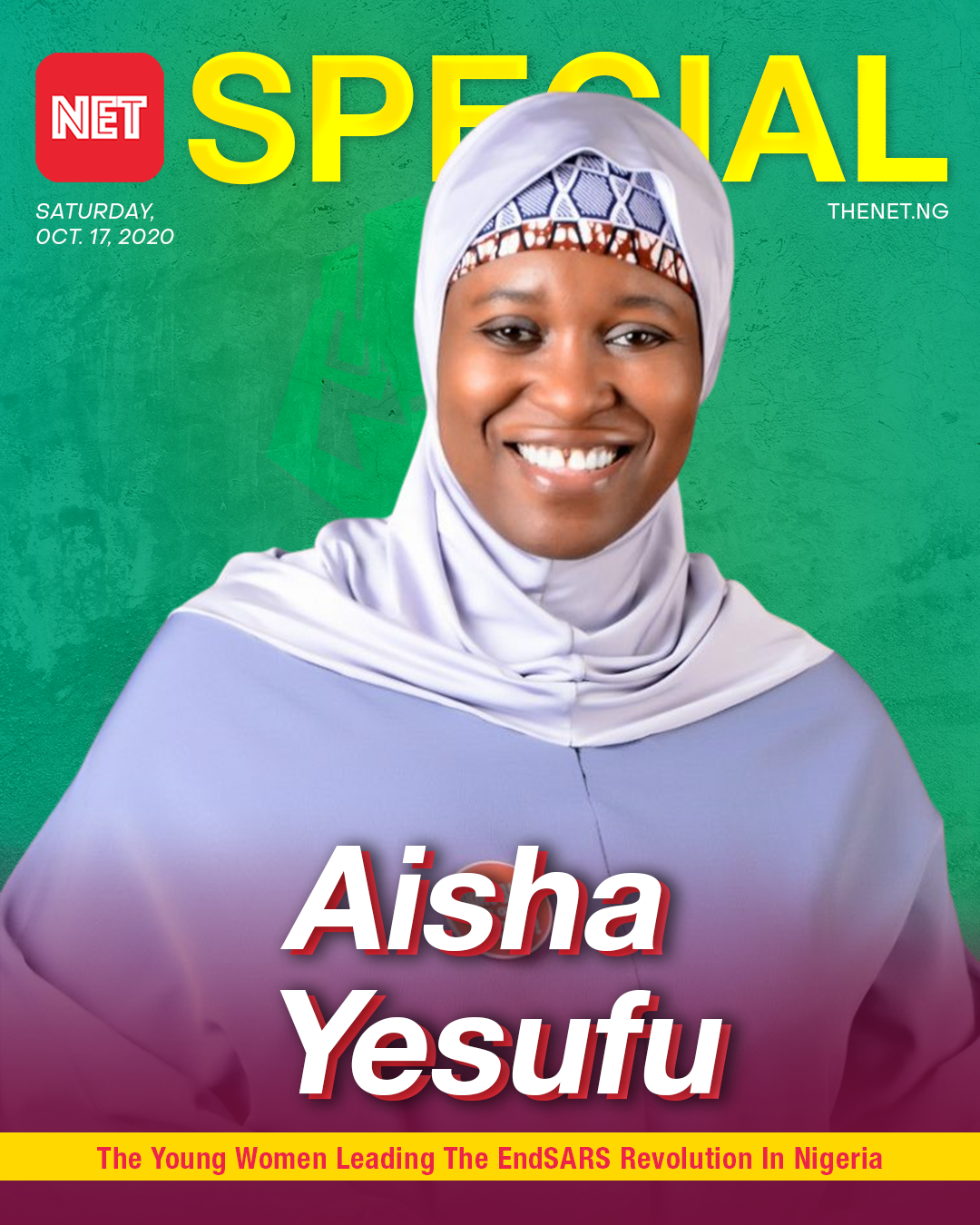 The kidnap of the Chibok girls sparked anger in the populace, and very soon protests were being staged, inquiring into government activities in ensuring the safe return of the girls to their families. The #BringBackOurGirls protests began and very soon, like a comet, Aisha Yesufu became the face and voice of the movement. #BBOG is the longest-standing protest in Nigeria.

It attracted the attention of former first lady of the United States, Michell Obama, and Hillary Clinton. Its hashtag, #BringBackOurGirls, tweeted more than 2 million times, inspired a spark of protests in the US, UK, South Africa, Jamaica, and Switzerland; was represented in Marvel’s Black Panther; spoken on by Wyclef John, Chris Brown, and disseminated by the international and national press. International attention on the issue also assisted in keeping the government accountable and ensuring the efforts in securing the release of the girls.

Aisha, who hails from a conservative part of Nigeria where women are neither seen nor heard, has broken through clouds of invisibility into activism. She continues to break stifling barriers by constantly speaking out against injustice, corruption, or illegalities from the government. She has been fearlessly vocal about her stance on government activities.

Though born and brought up in Kano state, Northern Nigeria, Aisha is a native of Agbede in Edo state. In 1994, she gained admission into Uthman Danfodio University in 1992 but left after a crisis in the school prevented the continuation of her studies. She later enrolled in Ahmadu Bello University, Zaria to study medicine but couldn’t go air either. The school was temporarily shut down following a professor’s murder in 1994. Finally from Bayero University, Kano, she graduated with a degree in Microbiology.

By 11, Aisha says she no longer had any friends her age, as most of them had been married off, or died from vaginal fistula resulting from underage pregnancy. Child marriage practices and attendant consequences continue to plague Northern Nigeria.

Today, Aisha joins thousands of Nigerian youths in protest, this time clamouring for an end to police brutality in Nigeria. The pride and excitement in her voice and expression are undeniable, as she stands in solidarity, even as protesters are tear-gassed, hot water sprayed, shot at, and injured by the members of the police force.

Aisha Yesufu has described herself as having a “big mouth”, “For me, activism has been part of me all my life. I am somebody that stands up against injustice because I have a ‘big mouth.’”