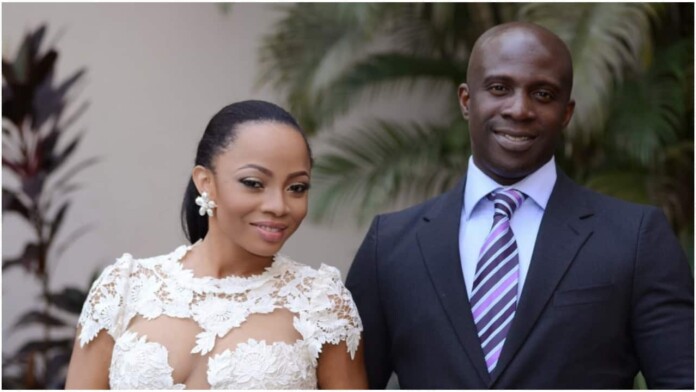 Popular OAP and Vlogger, Toke Makinwa has lost the lawsuit against her ex husbanb, Maje Ayida.

Kemi Filani recalls that Maje sued Toke over defamatory claims in a book she wrote and published titled  “On Becoming” after both parties went their separate ways.

In the lawsuit filed against Toke, Maje stated that the book contained defamatory words, which was misleading and had subjected his personality to public ridicule.

Speaking at the court of law, Justice Ogunjobi of the Lagos State High Court at Tafawa Balewa Square,

stated that after careful consideration of the evidence before the court, only the contents of page 54 line 11-16 and page 83, Line 1 of the 1st defendants’ book qualified as Defamation of character.

Ruling in favour of Ayida, the Court awarded damages worth sum of 500,000 Naira each to be paid by the 1st and 2nd defendants to any charity organization of the claimant’s choice, contrary to the N100m compensation for damages that was demanded initially by Maje.