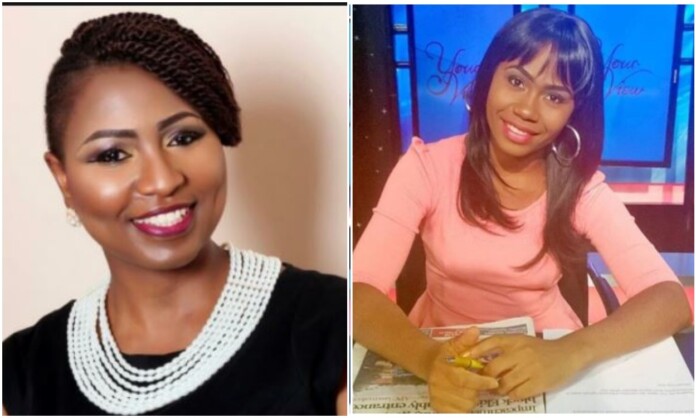 The host of the breakfast show, Your View, Morayo Afolabi-Brown, has denied the allegation by her former colleague, Sandra Eze aka Sanzye, that Bola Tinubu ordered her indefinite suspension from the show.

Afolabi-Brown in a video shared on her Instagram page, disclosed that the decision to suspend Eze was taken by the management of Television Continental and not Bourdillon.

Kemi Filani News recalls that Sanzye had taken to Instagram on Friday to narrate how she was suspended by the company for walking out during a live television programme.

However, addressing the issue; Afolabi-Brown stated when Sanzye walked off the set during the live show, they never considered anything of it but the TVC management thought otherwise.

She, however admitted that in the early days of the show, people used to approach to report them to ‘Bourdillon’
Afolabi-Brown said, “The elephant in the room, who owns TVC, is not for me to say. Everyone knows who owns TVC and the truth is that people always use that to put us under undue pressure sometimes. They say, ‘Oh, I am going to report you to…’, ‘I am going to tell them you did this, you said that on television’. We get that a lot.
“In the early days, we used to get scared when we were fresh in the business. But the truth is that we are seven years in the game. Nobody can scare us anymore. But in the early days they used to use it to scare us that ‘Oh, they’ve just got a call. What did you say on TV, who did you criticise, we used to get that a lot. That was then.
But it wasn’t factual that someone from somewhere asked that Sandra be let go. It was purely a company decision because of the unprofessional way of walking off a live set.”
Afolabi-Brown said it was true that she used to take breaks off the set when she was pregnant but it was during commercial breaks and not on live TV.
The broadcaster said the decision to suspend Sanzye from the programme had nothing to with her tribe.
Afolabi-Brown said she did not plead with the management to spare Sanzye because she was a deputy director at the time.
“What people expected me to do was to go and find the owner of the station and say please help me. Maybe today, because I am no longer a TVC employee and I am now a contract employee, if I have the opportunity of seeing the owner, I could plead. But then, I was a deputy director with TVC. It would have been unethical to leave my position in the company and start looking for the owner to beg,” she said.