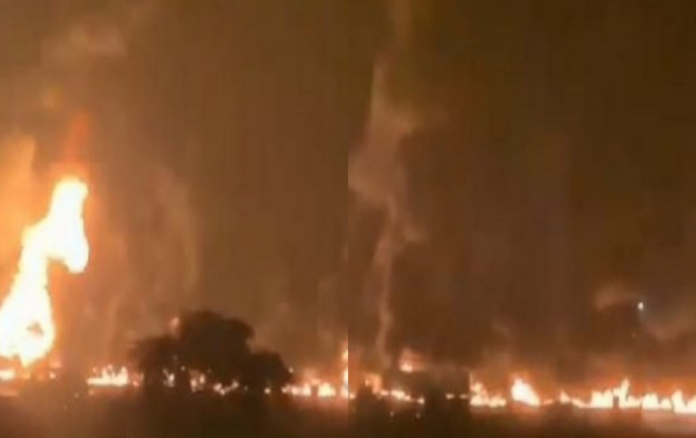 The Lagos State Police Command has confirmed that the Saturday morning explosion that occurred on Otedola bridge in Lagos was not fatal.

According to the Public Relations Officer, Muyiwa Adejobi,  the accident was recorded about 2.30am.

It involved two heavy duty vehicles – one laden with Premium Motor Spirit, aka Petrol and the other carrying a container at Otedola end of the Lagos-Ibadan expressway.

“No life was lost. All efforts are on to ease traffic along the expressway,” the spokesman noted.

Adejobi said the Commissioner of Police, Hakeem Odumosu, has visited the scene for on the spot assessment.

Aside the Police, other law enforcement and emergency agencies are on ground.