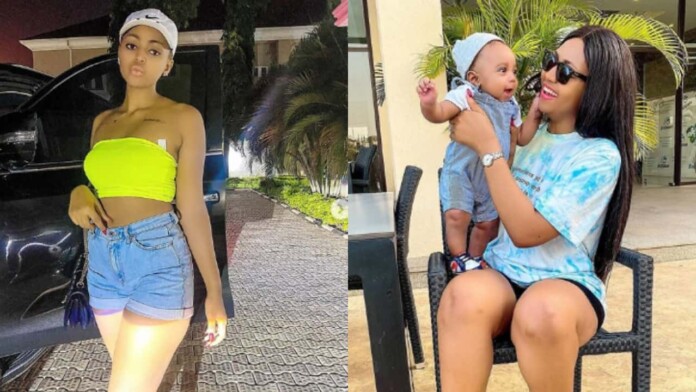 The friends of Famous Nollywood actress, Regina Daniels has accused the 21 year old of not dressing like a mother that she is.

According to Regina’s friend in a video she shared on he social media space, she does not look like a mother in the outfit she was putting on.

In the video, the mother of one however debunked that he was Munir’s mother. Instead, the wife of a billionaire claimed that the little baby boy is his younger brother while her mum, Rita Daniels is her elder sister.

Watch the video below;